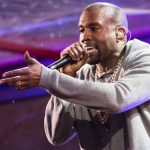 Kanye West is set to top the bill of artists performing at tonight’s Brit Awards.

The Gold Digger singer will join Taylor Swift, Madonna, Sam Smith and Ed Sheeran on stage at the O2 in London for the annual event.

Other performers include Paloma Faith, George Ezra, Royal Blood and Take That.

Candice Morrissey, head of YouTube music partnerships across Europe, said: “Kanye West tops off an amazing set of performers at this year’s Brit Awards with some of the biggest British and global stars taking the stage.”

Kanye’s only previous appearance at the event came in 2006, when the three time Brit winner – now married to Kim Kardashian – was joined by 77 dancers covered in gold paint.

The awards event – officially called the Brit Awards 2015 with MasterCard – is one of the biggest nights in the music business calendar and the ceremony will be shown on ITV and YouTube.

Performances will be available on Google Play Music after the show, with Google Play donating to War Child and The Brit Trust every time a song is streamed or downloaded.