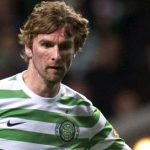 The Northern Ireland International has move to County from Championship side Brighton Hove Albion on loan for the remainder of the season.

The ex- Celtic winger was on the bench for Shaun Derry’s Nottingham side which lost 2-1 at Fleetwood over the weekend.

April 23, 2021
The return of schools and people to workplaces appears to be contributing to a jump in Covid-19 cases - according to NPHET. 617 new cases...