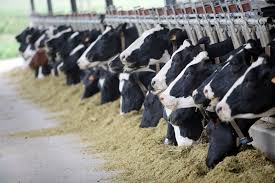 A new campaign to combat livestock theft is being launched today.

It follows a significant rise in the number of animal thefts from farms across the country.

Members of the Gardai, Crimestoppers and the Irish Farmers Association have joined forces to launch a new national campaign aimed at reducing animal thefts from farms around Ireland.

It's being rolled out in an effort to increase the detection rates for the theft of cattle and sheep from Irish farms.

It also aims to provide advise to livestock owners on the best possible ways to combat this type of crime.

Representatives from all three bodies will attend the launch event in Dublin from 10.30 this morning.