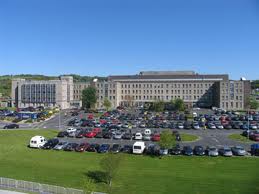 It's emerged that 55 daycare cases and 7 inpatient cases were cancelled in Letterkenny General Hospital last month as a result of the hospital overcrowding crisis.

The crisis has continued into this month, with 27 patients awaiting admission today, 20 on trollies in the Emergency Department and seven on wards. That's down from 33 yesterday.

Nationally, more than 17 hundred scheduled surgical procedures were cancelled last month.
It includes 1,044 inpatient cases and 711 day cases which were cancelled or postponed.

However, the HSE figures could in fact be far higher as the numbers are not centrally collated and some cases may not yet have been reported.