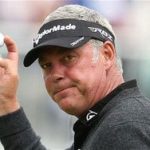 Darren Clarke has been confirmed as the European Ryder cup captain for 2016.

The Ulsterman has twice been a vice captain in 2010 and 2012 with Europe winning on both occasions.

Rory McIlroy, Graeme McDowell, Justin Rose, Ian Poulter and Martin Kaymer are among those who publically gave their support for the 2011 Open Champion.