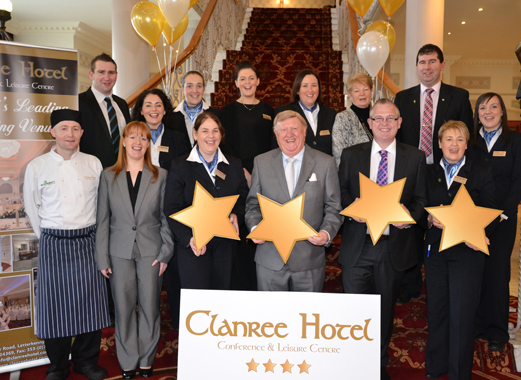 The Clanree hotel in Letterkenny has been upgraded to Four Star status.

The hotel was taken over by the McGettigan Group in June 2013, and it has invested heavily to transform the premises.

Meanwhile, the McGettigan Group has finalised the deal to take over Gallagher's Hotel in Letterkenny out of receivership, securing 45 jobs.

Clanree Manager Michael Naughton says it is double good news for them: