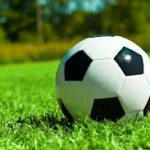 Following a meeting of the Independent Club Licensing Committee of the Football Association of Ireland, twelve Premier Division licences and four First Division licences have been awarded. Both Finn harps and Derry city have received their licences for the new season.

The Licensing Committee are seeking a further clarification from Bray wanderers in relation to its application and are waiting the satisfactory receipt of further information from First Division sides Cobh ramblers and Athlone town.

The following 2015 licences were awarded by the Independent Club Licensing Committee: