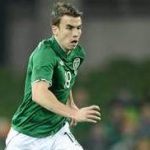 According to press reports today Seamus Coleman is thought to be on the wanted list at Bayern Munich.

With a reshaping of the Bayern squad due in the summer, they are in the market for an attacking right back and Coleman is believed to be top of their list.

Philip Lahm and Rafinha are coming to the later years of their careers at the top level and the Bayern top brass are weighing up potential replacements.

April 20, 2021
Additional resources are being sought to support cross border education in the North West region. The most recent meeting of the North West Regional Development...