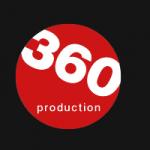 Nine staff at a television company in Derry have been told their jobs are gone.

360 Production, set up in 2009, makes programmes for broadcasters including the BBC, Sky and Channel 5.

The company says its future is not in doubt, but a lack of new commissions has led to the job losses.