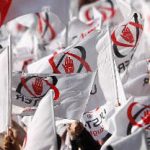 Back-row Nick Williams , lock Lewis Stevenson, hooker Rob Herring are back in the side whileLouis Ludik is named at full-back and Mike Allen starts on the wing.

Craig Gilroy will become the youngest player to win 100 Ulster caps as the hosts look to move into the top four.

Robbie Diack has been released from the Ireland international squad and is among on the replacements bench.