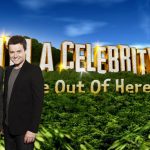 I’m A Celebrity… Get Me Out Of Here! fans can now try out the game show for themselves – without having to earn fame to become a contestant.

Thorpe Park has announced plans to launch a maze based on the hit ITV series, presented by Ant and Dec, which will give visitors the experience of actually being in the Australian jungle.

So if you’ve ever wondered what it feels like to be covered in creepy crawlies or battle through a Bushtucker Trial, now’s your chance.
The new attraction includes loads of familiar challenges such as searching dark crevices for stars, entering the Chambers Of Horror shower cubicles with the danger of having slimy surprises dropped on you, and braving the Celebrity Cyclone which involves battling 56mph winds and water jets.

As well as getting recorded briefings from Geordie duo Ant and Dec along the way, the maze includes multi-sensory technology that gives the creepy feeling of bugs crawling over you and mocks up an unstable walkway to take you into camp.

If you fancy braving the jungle from the comfort of a Surrey theme park, the I’m A Celebrity… Get Me Out Of Here! maze opens at Thorpe Park on Friday, March 27.