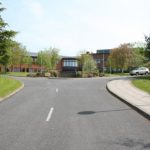 A 13-year-old boy has been critically injured and an older pupil has been arrested following an assault at a County Fermanagh secondary school.

The boy is in a critical condition at Belfast's Royal Victoria Hospital.

The PSNI have confirmed a 17-year-old boy was detained following the attack.

He was later released on bail pending further inquiries.