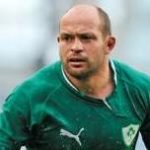 After he was withdrawn from last weekend's game against Italy just minutes before kick-off, Sean O'Brien has been cleared to return to training tomorrow after scans showed only minor damage to his hamstring.

It's also been confirmed that Rory Best picked-up a concussion injury in Rome, but the Ulster captain is still hoping to play at the weekend, although Leinster's Richardt Strauss could be poised to win a recall to the squad if Best is unable to play.

The squad is also set to be further bolstered by the return of Johnny Sexton, Cian Healy, Eoin Reddan, Jamie Heaslip and Dave Kearney, who are all fit.