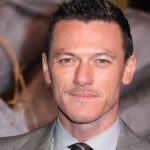 It sounds like playing a vampire had one downside for Luke Evans – sucking the fake blood.

The Welsh star had to drink a dish containing “blood” in a scene for his role as Vlad the Impaler in Gary Shore’s origins story about the vampire.

“That wasn’t so nice. We had a few different versions of that – we had a cherry and beetroot juice mix going, which was OK, and then for the scene with Charles Dance, the master vampire, in the cave, it was a liquorice flavour. That was disgusting, really disgusting,” he confessed.
“But it was supposed to be disgusting because it’s the master vampire’s blood so it’s never going to be a nice taste. I just channelled the taste.”

While Luke wasn’t a fan of the blood, he loved throwing himself – literally – into the action scenes.

“I love doing the fight sequences. They’re really fun and challenging and exhausting,” he said. “The challenge is replicating it 10 or 15 times before you move on, and that’s hard for me.

“There were some hairy moments jumping off cliffs into huge towers of boxes like crash mats. You have to have a lot of faith in the people around you and the stuntmen so it becomes a very strong bond you have with those people.”
The 35-year-old actor ensures he is in top shape with a daily training routine and a protein-heavy diet.

“You have to stay on top of your game because they can be dangerous. You’re wielding a sword around or you’re punching somebody in the face, or you’re flying on cables, it’s about staying relatively fit,” he explained.