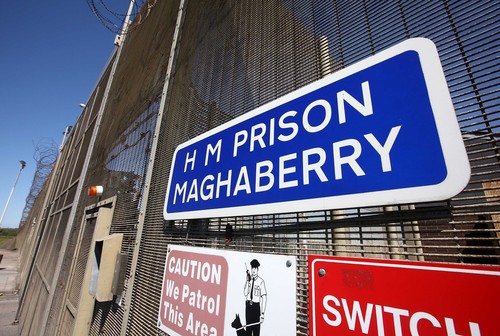 The family of a Donegal man who is serving a prison sentence in Maghaberry have expressed concerns about their sons safety.

Last week, a group representing some dissident republican prisoners in the jail released a statement saying that recent structural changes to Roe House landings were an attempt to debase and disempower the inmates.

And on Monday of this week there was a stand-off between prisoners and prison guards which led to the cancellation of all visits.

Gerard McManus is serving a prison sentence in Maghaberry, his family has contacted Cllr Michael Cholm MacGiolla Easpaig, and he says they're very concerned: