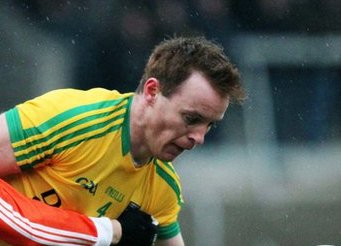 Donegal team manager Rory Gallagher has named a strong starting 15 for Saturday night's trip to Croke Park to play Dublin in Division One of the Allianz National Football league.

Gallagher has made just one change from the side that beat Derry last weekend - Eamonn Doherty of St. Eunan's is named at corner back and replaces Ciaran McGinley of Kilcar who made his league debut last weekend.

Hugh McFadden retains his place. He wasn't named in the original team last weekend, but started at midfield. This time around, he's named in attack with Neil Gallagher and Christy Toye named as the midfield pairing.