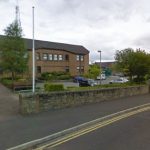 One person remains in custody this morning after two arrests were made this week by garda investigating the murder of Seamus Doherty in Churchill in June 2012.

On Tuesday evening, a 57-year-old woman was arrested and taken to Letterkenny Garda Station, while a 51 year old man was detained yesterday afternoon.

Both arrests were made under Section 4 of the Criminal Justice Act.

The woman was released in the early hours of this morning, the man remains in custody.

Gardai say their investigations are continuing.