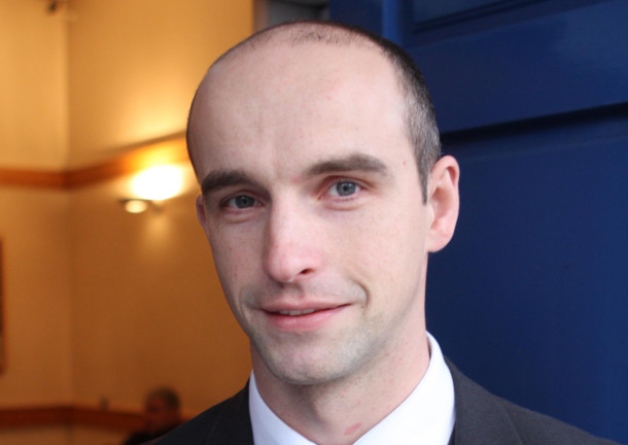 I am running under the campaign slogan of:

I am a 39 year old solicitor, author and County Councillor married with one child, Dessie Jnr. My background is that I studied law at University College Dublin (UCD) and trained as a solicitor before setting up my own practice in Letterkenny in 2004 where I have been working ever since with

an expertise in Property and related litigation, Planning and Local Government Law and a particular interest in fighting corruption. During my time in Dublin, I also lectured in law at TrinityCollege University. I am the author of the book ‘Abuse of Process: Unjust and improper conduct of Civil Litigation in Ireland’, published in May 2002 (Foreword by the then Chief Justice of the Supreme Court of Ireland, Mr Justice Ronan Keane).

My political background/career to date is very briefly:

I am an independent County Councillor, elected in May 2014.  I have never been a member of any political party and never will be.

Since joining Donegal County Council I have not taken any expenses and have focused on highlighting important issues for the electorate.

For example, I have been seeking accountability for the flooding at Letterkenny General Hospital, have been investigating tendering irregularities and have highlighted the need for a proper independent planning complaints process in Donegal.

I have highlighted various water related issues such as proceedings being taken by the Environmental Protection Agency against Irish Water, Lead and asbestos pipes which need to be removed form the public water supply system, the fact that 45% of all public water is presently leaking from our public water system and the fact that Irish water and the whole water charges scheme has been a costly botched job from day one and should be scrapped.

I have opened up the public funding system at County Council level to all community groups – previously this was no advertised publicly but after I highlighted this it in the media it will form now on be publicly advertised.

I have been highlighting repeatedly the difficulties Donegal people face in having to travel for cancer care services to either Galway or Dublin – healthcare is a major issue in Donegal and we need to end the scandal of patients on hospital trolleys .

I have also highlighted various transport infrastructural matters and the need for great advancement in that area to end Donegal’s geographical isolation.

These are taken from my campaign leaflets: