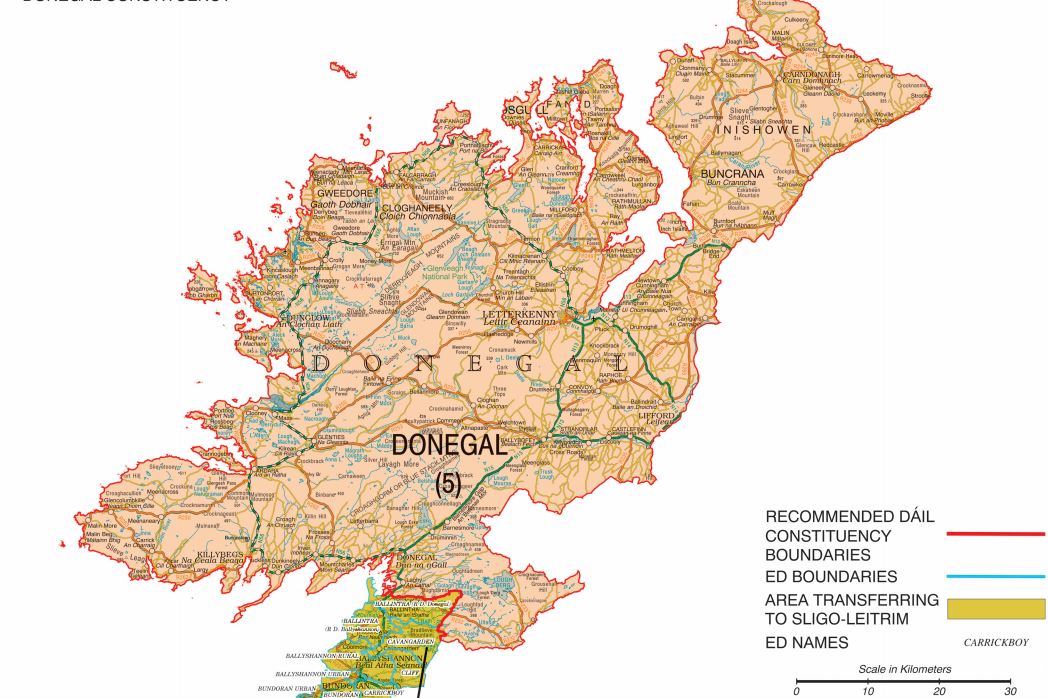 The Donegal constituency has had a chequered history, with several boundary changes since 1921.

Initially,the Donegal constituency comprised the whole county, with six TDs elected in the general elections of 1921 and 1922.

In 1923, representation was increased from 6 to 8 seats, but the boundary remained the same.

The 1977 general election saw the two constituencies scrapped, with one 5 seat constituency defined. However, this did not include the whole county, with part of South Donegal, including Ballyshannon and Bundoran, included in Sligo–Leitrim constituency.

This arrangement only lasted for one election, and the 1981 general election saw two new constituencies, Donegal North East and Donegal South West, both of which had three seats.

This remained the case up to 2012, when the Boundary Commission published a report suggesting what is effectively a return to the 1977 situation.

The newly unified constituency presents a challenge to both aspiring and outgoing TDs, doubling the area they have to cover. The new constituency stretches from Carndonagh to Killybegs, with different issues and priorities in various areas which the candidates will be expected to understand and address.

For the political parties, how they manage their vote wll be vital ; for the independents, attracting support from outside their home bases will be key.Voting takes place on February 26th, and one thing is for certain, between now and then, the candidates will probably see more of the county than they ever have before.