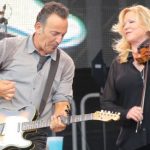 Since GAA director Paraic Duffy announced that another concert would be held in Croke Park this summer, rumours have been a rife.

Though it now looks like, the boss man himself Mr Bruce Springsteen is set to take to the stage.

Springsteen last played in Dublin in the RDS in the summer of 2012, with two sold-out shows and went on sell out a string of concerts throughout the country in 2013.

Springsteen’s rumoured concerts will follow the planned gig by The Script on June 20, bringing the total amount of non-sporting events in the stadium to three for 2015 – the permitted number of shows for Croke Park under a 2009 agreement.