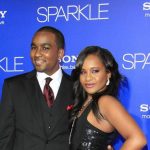 Bobbi Kristina Brown is ''fighting for her life''.

The 21-year-old actress - who was found unresponsive in a bath on Saturday morning (31.01.15) - is reportedly responding to treatment and ''surrounded by immediate family'', according to their recent statement.

It reads: ''Bobbi Kristina is fighting for her life and is surrounded by immediate family.''

The incident happened just days before the three year anniversary of her mother Whitney Houston's death - who passed away in a bathtub at the Beverly Hilton Hotel in Beverly Hills on February 11 2012.

Her father, Bobby Brown, and the rest of her family have continued to ask for privacy at this difficult time.

The statement says: ''As her father already stated, we are asking you to honour our request for privacy during this difficult time.

''Thank you for your prayers, well wishes, and we greatly appreciate your continued support.''

Doctors caring for Bobbi at North Fulton Hospital have recorded progress in her treatment, with sources close to the family revealing the raven-haired beauty has been able to ''move her eyes'' as her oxygen levels have increased significantly.

However, they fear Bobbi could have suffered some neurological damage after spending between two and five minutes facedown under water.

Bobbi was found by her husband, Nick Gordon, 23, at their home in Roswell, Georgia, accompanied by a man thought to be her former boyfriend, Max Lomas.