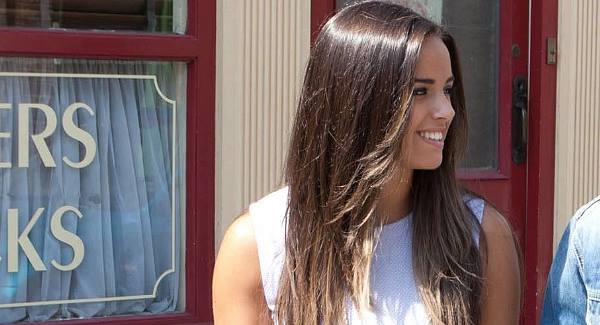 The 23-year-old actress, who plays Katy Armstrong, is set to leave the ITV soap after four and a half years and admits that while she's going to miss her co-stars, she's looking forward to moving on to bigger and better things.

Quizzed on how her character will leave, she said: "Her mum offers her the chance to go and live with her in Portugal.

Katy takes her up on her offer and brings Joseph [her and ex-boyfriend Chesney's (Sam Aston) baby] with her for a new start.

"It's lovely that they've left the door open for me to come back. It doesn't feel that final in a way, which is nice. At the same time, I'm not planning to go back. I want to do other things."

The brunette beauty confessed the popular drama has been such a big part of her life for the past few years that she can't imagine what it will be like to say goodbye to everyone.

She added to Now magazine: "I'm not sad about leaving the show, but I am sad to be saying goodbye to the people. It feels strange to think that I won't be part of Corrie any more because I've been so used to it for such a long time, but I'm really looking forward to what's coming my way."