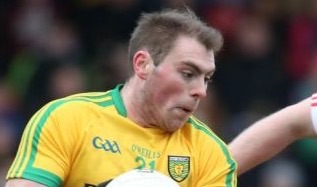 His last game for Donegal was the McKenna Cup win over Fermanagh in Ballyshannon where he came off the bench in the second half to make his 50th appearance for the county.

Brick made his senior debut against Down in 2010 but hasn't started a championship match since the Antrim victory in May 2011.

He informed  manager Rory Gallagher of his decision earlier this week.