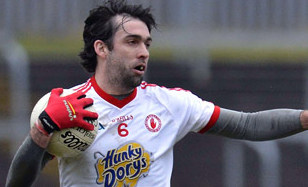 According to reports this afternoon, five Tyrone squad members have left the panel.

It's suggested by Gaelic Life that Joe McMahon, Mark Donnelly, Dermot Carlin, Kyle Coney and Plunkett Kane will not be involved for the league which starts on Saturday against Monaghan.

The biggest shock will be Joe Mc Mahon who appeared to be working his way back into contention after recent performances in the Dr Mc Kenna Cup.

It's believed the 31 year-old has opted to take time out until he completes his studies in Coleraine.

Donnelly, Coney and Kane also played in the Mc Kenna Cup with Carlin being the only player not to see pre season action.