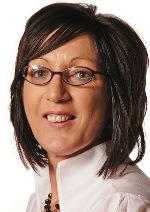 The Mayor of Derry says more still has to be done to curb unemployment in the city, despite the announcement of 65 jobs yesterday.

It was announced yesterday that seven businesses in Derry are creating a total of 65 new jobs, as part of a £2.8m investment.

The new jobs will include positions ranging from engineering and manufacturing to software development and sales and marketing.

Mayor Brenda Stevenson says while the jobs are welcome, more still has to be done: