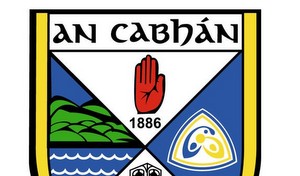 After their win over Monaghan in the Dr McKenna Cup the referee's report contained details about the comments.

During the match, McKiernan and Monaghan's Drew Wylie and Paul Finlay were sent-off at Breffni Park.

Referee Sean Hurson submitted his report last night and McKieran is expected to be officially informed of the ban today.

He will have a choice of accepting the proposed suspension or look for a hearing.

The red card McKieran received automatically rules him out of tonight's semi final with Fermanagh.