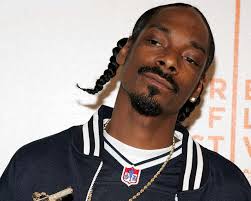 Derry's District Judge Barney McElholm today described rapper Snoop Dog as 'a misogynist wretch' and queried why he was ever allowed into the country.

His comments came during the case of Simone Campbell (18) of 26, Edenmore Street in Derry who admitted a series of offences that occurred on October 23 last after the Snoop Dog concert.

The court heard that police attempted to speak to a man in the Limavady Road and while they were doing so Campbell approached and intervened by punching an officer on the side of the head. As police tried to arrest her she became abusive to police and passers by who were coming from the concert.

She also kicked another officer while being arrested.

Defence solicitor Mr. Seamus Quigley said his client had been at the concert but had consumed 8 glasses of wine and some Morgan Spice and was 'very drunk.' He said that his client had 'a traumatic childhood' but added that she now knew she had to deal with her issues and can't continue to use her childhood as an excuse.

Judge McElholm said that she had to get 'a handle on her problems otherwise she will end up in custody.' He then went on: "Quite why any woman would want to go to a concert by that misogynist wretch escapes me. "Why he was even allowed into the country is beyond me but that is another thing."Despite the bad behaviour espoused by his lyrics there can be no excuse for this."

He sentenced Campbell to 12 months probation.