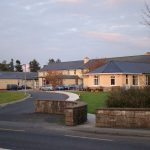 A protest is to be held at the gates of Dungloe Community Hospital tomorrow afternoon to step up the campaign to have the antenatal clinic reinstated without delay.

It follows what organisers say was an email from the management of Letterkenny General Hospital which was circulated at a recent meeting, which did not give any commitment to reinstate the clinic.

They say this comes despite announcements by local politicians that they had received assurances from hospital management that the clinic would be reopened as soon as the consultant returned from sick leave.