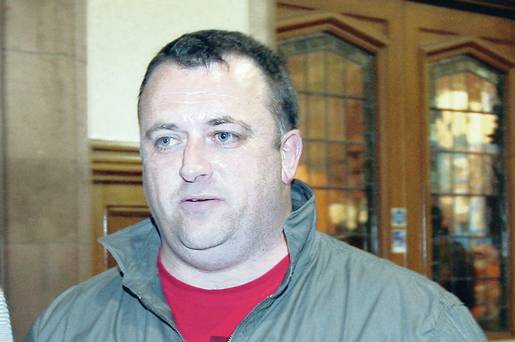 There was applause and cheering in Derry Court today as independent republican councillor Gary Donnelly successfully appealed against a term of imprisonment that would have cost him his seat on the new super council.
Donnelly (43) of Iniscarn Road, Terry Porter (56) and William Brogan (51) both of Carnhill in Derry had all been sentenced to six months in prison in November after being found guilty of daubing graffiti of Derry's Walls on February 1 last year.
That court had been told that a sentence of six months would cost Donnelly the seat he had been elected to during the local government elections.
Today's appeal was attended by three TD's Eamonn O'Cuiv, Thomas Pringle and Clare Daly as well as numerous councillors from North and South.
The new council had also voted to send an observer to the appeal.
A prosecution barrister Mr. Conor Gillespie outlined the case how police watched the men painting graffiti on the walls before moving in.
He said all those involved in the actions ran away and Donnelly was caught some 20 metres from the scene and had paint flecks on his hands and clothing.
In the course of the chase Brogan fell and broke his leg and had to be taken to Altnagelvin Hospital. The barrister said that the total cost of the damage was £2,600.
Donnelly's defence barrister Mr. Eoghan Devlin said that the sentence had originally been adjourned to allow for restitution to be paid.
He said that it was made clear that restitution would have a 'bearing on sentencing but no restitution was paid.' Mr. Devlin said: "But that position has now changed and restitution is now available."
He added that the full amount was now available and that his client understood the reasons why restitution was important. Defence counsel for Porter said that the if restitution had been made 'the District Judge would have taken a different view.'
Ruling on the appeal Judge Philip Babington said that was 'a serious offence as one of the city's most famous landmarks had been defaced.' He said the Walls belonged to all the people of the city and attracted visitors who benefited everyone who lived in Derry.
Judge Babington said that the District Judge was hoping the matter could be dealt with by payment of restitution and added 'this court is pleased that this has now happened.' He said that half of the £2600 would be paid to the Northern Ireland Environment Agency and the other half would go to a local charity.
He said that after consultation with the defendant's legal representatives it had been decided that the money would go to a 'charity that benefits all the residents of the city and visitors' Foyle Search and Rescue.
He added that it was still incumbent on the court to pass sentence for the criminal damage and sentenced all three to a conditional discharge for a period of 12 months.
At this the crowded public gallery broke into applause.
Speaking outside the court Colr. Donnelly said he was 'relieved' that the case was finally settled. He said: "I am glad that I am now able to represent the voters of the Moor ward who elected me.
"There had been a lot of donations made towards this case by people in the city and
I am glad that it is going to Foyle Search and Rescue. He denied that there had been any brinkmanship in the case and said when first arrested they had been held for two days and police had tried to prevent them getting bail.
Colr. Donnelly went on: "Graffiti has long been a tool of the working class for years and there was even graffiti on the walls calling for Home Rule.
"More damage was caused to the Walls by the installation of lights and the building of the Millennium Form than by anything we did. "I have no regrets for anything I have done."