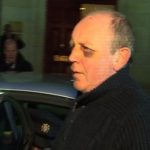 A prominent Republican is due in court today over the stabbing of his wife in a house in Cavan, on Christmas Eve.

Strabane native Pearse McAuley, with an address at Canal Bank Walk, Castleforde, Ballyconnell, Co Cavan was accused of assault causing harm to Pauline Tully McAuley after she was found with serious stab wounds to the upper body last week.

Mr McAuley was also charged with threatening to kill three people on the same date - one of them his wife, who is a former Sinn Féin Councillor.

Pearse McAuley has been granted free legal aid - he's due to come before a judge at Harristown District Court later.