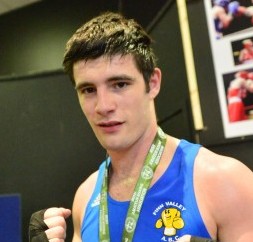 He was presented with an Olympic Achiever Award following his winning of a bronze medal at the Youth Olympic Games in Nanjing, China in August.

Gallagher is a ten-time Irish champion.