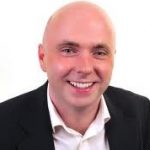 An Independent Councillor says anyone wishing to vote Independent in the next General Election should first examine what the candidates stand for before casting their vote.

John Campbell, the Chairperson of Donegal County Council, was speaking after a number of Independent Senators sided with the government this week when voting on the Water Services Bill.

The move left many questioning the Independence of Independents.

Councillor Campbell says it is not an homogeneous group: