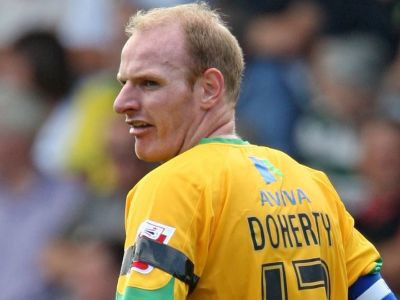 The Carndonagh born defender who also played upfront has not featured this season with his club Wycombe Wanderers due to a knee injury he picked up in pre season.

The 34 year has decided to hang up the boots after a career which last 17 years.

In total Doherty made 501 appearances at club level with  Luton Town, Tottenham, Norwich City, Charlton and Wycombe, and he also won 34 caps for the Republic scoring four international goals.

May 17, 2021
There have been a further 360 Covid-19 cases according to a tweet from the Department of Health. Since last Friday's Cyber Attack, the numbers...