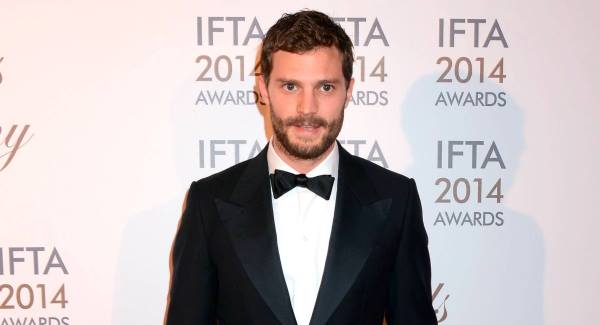 Jamie Dornan has let slip that he visited a private sex dungeon when researching his role in Fifty Shades of Grey.

The sexy 32-year-old, who plays Christian Grey in the hotly-anticipated flick, rocked up to the private party at a stranger’s house and told the dungeon owner and his play things to put on a "show".

Recalling the purely professional visit, he told ELLE UK: ‘I went there, they offered me a beer, and they did...whatever they were into. I saw a dominant with one of his two submissives.

"There was plenty of kink... and plenty laughter. I was like: 'Come on guys I know I’m not paying for this but I am expecting a show'. It was an interesting evening."

"Then going back to my wife and newborn baby afterwards... I had a long shower before touching either of them," he added.