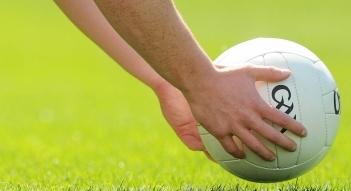 This is a great honour for the young Glenswilly player and is just award for his great performances in this years MacRory campaign.

He has been given the No. 4 jersey and follows in the foot steps of his club mate Michael Murphy who received the All Star award in 2008.

At the end of January St Eunan's College play St. Patrick's Armagh in the Mac Rory Cup play offand the winner will take on St. Pat's Cavan in the quarter final.