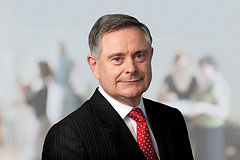 There are concerns within the coalition that Independent and opposition Senators could scupper the new package of lower charges for households - and lead to the old billing structure applying from January 1st.

Minister Brendan Howlin says opposition TDs are determined to drag the issue out for as long as possible.

But he says that wouldnt be in the public interest: