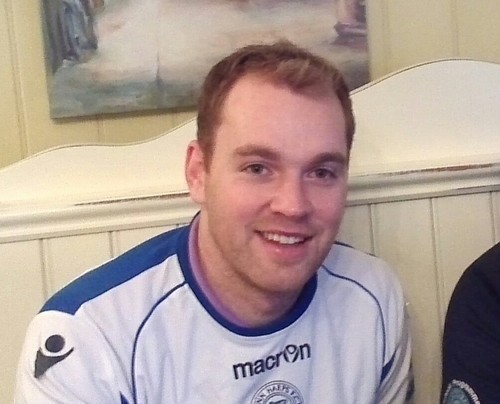 Matthew Crossan has become the latest player to sign for Harps ahead of the 2015 season.

Matt is no stranger to Finn Park having last been at the club in 2013 and featured at Finn Park as far back as 2006, making his senior debut for Harps in a League Cup victory over Galway United at Finn Park during on 4 April that year.

Matt is happy to return to Finn Park saying "I have heard a lot of good things about the professionalism and work ethic in the Harps set up and am happy to become part of that. Harps had a pretty decent defence last year and I'll be looking to play my part in making that better again".

Ollie Horgan expressed satisfaction at getting Crossan aboard with Harps adding "Matt is a talented footballer who gives us another option in defence and on the left side. The squad is starting to come together now but we've plenty to do yet before pre season gets under way in January."