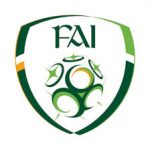 The fixture list for next season's Airtricity League Premier Division has been released just in time for Christmas.

The start of the new season will begin with the President's Cup Final between League Champions Dundalk and FAI Cup winners St Patrick's Athletic at Oriel Park on Saturday, February 28th.

Dundalk will then kick-start their title defence on Friday, March 6th at home to First Division champions Longford Town.

The tie of the opening weekend will see last season's runners-up Cork City visit Sligo Rovers, who are now under the management of Owen Heary on March 7th.

Derry City start their campaign away to Galway United on the Friday the 6th.

Derry first home game is against Dundalk on Friday 13th March while the first north west derby with Sligo Rovers is Saturday 21st at the Showgrounds.