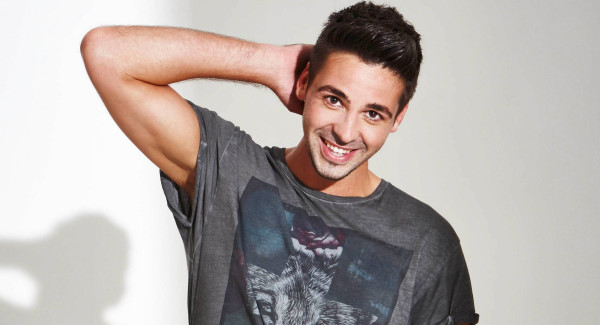 The 29-year-old star was crowned winner of the talent show last night and he's revealed his dad - who left him and his family when he was just a toddler - was in the crowd to cheer him to victory.

"He was actually there on the Sunday night. It's the first time they [his mum and dad] have been in the same kind of room together for a long time but I think it was a proud moment for both of them and I really wanted them both there," Ben said, speaking on ‘Lorraine’ this morning.

The hunk also had the support of his long term girlfriend Jessica Jones - who he previously revealed prepared him for the live shows by getting raunchy - who he describes as his "rock".

Quizzed on how long they'd been together, he said: "Yeah over six years and again she's kind of been my rock through this. If I needed to speak to anyone when I was down about anything she was always there for me," he said, when quizzed how the couple’s relationship.

Ben - who admits he didn't sleep at all after beating fellow over 25s contestant Fleur East - is now looking forward to taking a break over the festive season.

"I think I'm going to get a couple of days off over Christmas, just to get back and see my family and have some good food," he added.