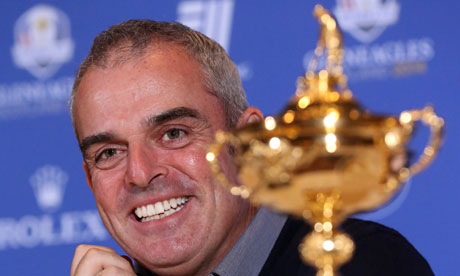 Paul McGinley, the successful captain of Europe’s Ryder Cup-winning side this year, will lead the Irish golfers in the 2016 Olympics.

And he believes that Ireland are in with a good chance of securing both men’s and women’s medals in golf.

He points out that Rory McIlroy is ranked number one in the world, and Graeme McDowell is 15th.

On the woman’s front, Stephanie Meadow, the young Jordanstown golfer who burst on to the scene with a third-place finish in the US Open this year, narrowly missed on earning a full LPGA Tour card last weekend.

Golf is back in the Olympic schedule after a gap of over 100 years.

McGinley says that it is a “new adventure” for him and the players.