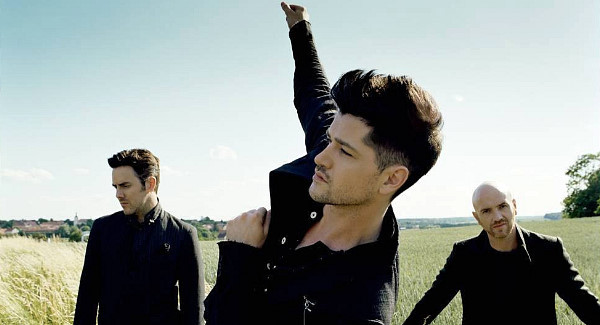 The Script pulled a woman from a car wreckage yesterday.

The band were on their way to Key 103's Christmas Live Show in Manchester, north west England, when they sprung into action to help a female who was stuck in her vehicle after it hit a roadside barrier and flipped over on the M40 motorway.
Phoning local radio station Key 103 later in the day, the driver praised the group, saying: "I was hit on the side and it kept spinning round and round. Then they got me out of the car.

"I gave them a cuddle before I left but never said thank you."

The band - made up of Danny O'Donoghue, Mark Sheehan and Glen Power - later explained they ran to help the trapped motorist after ringing the emergency services, and branded the incident as "scary."

"She was trapped and saying she couldn't feel her legs, which was scary.

"But we managed to un-jam the door and get her out."

Despite the trio of hunks coming to the woman's rescue, the band admitted they found it funny she didn't recognise them until after the incident.

Once the lads had taken her back to their van to wait for the emergency services to arrive, she realised who her saviours were and couldn't contain her excitement.

Danny added: "We were sat there and suddenly she said, 'Oh my God, you're The Script!'

"Then she jumped out of the van. I was like: 'Sit down!' She's a big fan which is amazing."

Speaking to a fan on Twitter later in the day, the band explained the woman escaped unharmed but the same couldn't be said for her car.