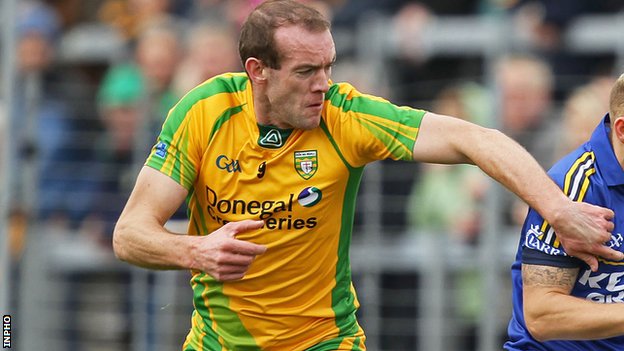 Neil Gallagher has been named as the Donegal footballer of the year.

The two time All Star was key in Donegal reclaiming the Ulster title against Monaghan and went on to have big games in the All Ireland series against Armagh and Dublin.

Neil will be presented with his award on Saturday Night at the Donegal GAA Banquet  in the Abbey Hotel, Donegal Town.

Paul Sheridan will pick up the Hurler of the year award.  The influential Aodh Rua man   helped  Donegal win promotion into Division 2B this year.

Glenfin’s Katie Herron has been named as the ladies footballer of the year while St. Eunan’s, Cloughaneely and Urris will receive their club awards.