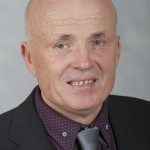 Another Sinn Fein Councillor has been arrested in Dunglven as part of an ongoing PSNI operation.

59-year-old Cllr Sean Mc Glinchey, a former Mayor of Limavady, was detained in Dungiven this morning, and is being questioned in Antrim Police Station.

He is the seventh person to be arrested in the investigation over the past five days. One of them, Sinn Fein Cllr Tony McCaul, says he will take legal action. Both Mr Mc Caul and Mr Mc Glinchey were elected to the new Causeway Coast and Glens Council earlier this year.

Police have said in a statement that they are investigating a number of terrorism related incidents, include shooting incidents and threats, mainly over the past four years.

Of the other six men detained, five, including Cllr Mc Caul, have been released unconditionally. The sixth, a 53 year old man, was released pending a report to the Public Prosecution Services.