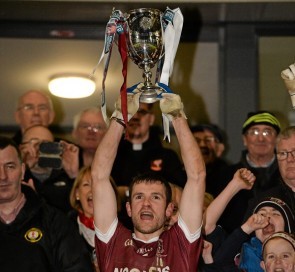 Derry Champions Slaughtneil won their first ever Ulster Senior Football Championship with a 1 point victory over St. Enda’s, Omagh in the final.

Before a crowd of 9,230 at the Athletic Grounds in Armagh they got off to a great start when Cormac O’Doherty cracked home a goal in the first minute but trailed by 3 points at halftime 1 – 5 to 1 – 2 with St. Enda’s centre half back Barry Tierney scoring their goal.

A good second half performance by Mickey Moran’s men saw them clinch victory with an injury time point from Christopher Bradley.

Slaughtneil midfielder Paudie McGuigan said they had to dig deep to snatch the win...