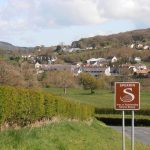 Police in Strabane are appealing for information following a burglary at a house in the Dunnyboe Road area of Dunamanagh last night, during which a man in his 70s was assaulted.

Detectivers are particularly interested in tracing the movements of a Seat Toledo car which they believe was used in the incident.

It was later found burnt out in Derry.

At around 8.25 last night, police received a report that a number of men had forced their way in to the home of an elderly man and assaulted him.

The man, aged in his 70’s, suffered cuts to his face and an injury to his hand as a result of the incident. A number of items, including a sum of money, were stolen from the house. Following the incident the men made off in a dark coloured Seat car.

Shortly before 9.50, it was reported that two men were seen acting suspiciously in a blue coloured Seat Toledo car, registration number CKZ 8880 in a car park in the Victoria Court area of Derry. Two and a half hours later, at 12.20, Police received a report that the Seat Toledo car was on fire in Daisyfield Park off the Letterkenny Road. The car was completely destroyed as a result.

Anyone with information about the burglary or the movements of the car is asked to contact detectives in Strabane.