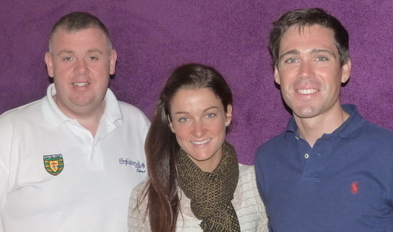 Letterkenny’s Philip Deignan is targeting a place on Team Sky’s line up for next years Tour De France.

Having completed his first year with the team, the Letterkenny rider was on a break home for the past week with his girlfriend and ladies world cycling champion Lizzie Armitstead.

This year Philip competed in the Giro d’Italia and the Vuelta Espana but the Tour de France is the one Philip wants to ride in for Team Sky in 2015.

Oisin Kelly was joined in studio this week by Philip to reflect back on this year, look ahead to 2015 and discussion the increase of cycling in Donegal......