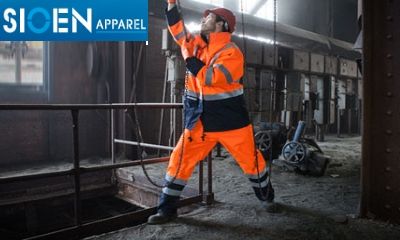 Management at Sioen Ireland  in Gweedore has told its work force that it plans to offer some employees voluntary redundancy as and from next week.

The news from the Protective Clothing company is said to have come as a huge shock to staff.

It is understood the redundancies are being sort in the production arm of the company which employs around 30 people at its base on the Gweedore Business Park in Derrybeg.

Mr. Gaetan Frys, General Manager Sioen Ireland states: “Sioen has been manufacturing in Donegal for over thirty-two years. At its peak it employed 125 people between 2 factory sites in Derrybeg and Falcarragh.

We will continue to employ people in Donegal Between sales backup for the Irish market North and South and the manufacturing. The production capacity will support the supply of Mullion Marine lifejackets and some other specialist PPE products made in Donegal”

He added: “This announcement by management at Sioen Ireland in Gaoth Dobhair has come as a huge blow for the local area - not least its dedicated and loyal work force.”

Deputy Doherty is calling on the relevant authorities, including Údarás na Gaeltacht, to intervene in the matter in an effort to avert the decision by the management of Sioen and  secure the future of the facility in Gweedore.