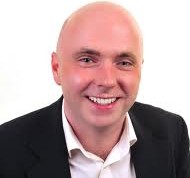 Donegal County Council is expected to pass its revenue budget for 2015 today, with a projected expenditure of just over 131 million euro.

Commercial rates will again remain unchanged, with just under 30 million being raised through rates locally according to the council's projections.

Payroll costs for 2015 will be almost 62 million euro.

The highest level of spending on council services will be in Road Transport and Safety, with a budget of 36 million euro, followed by water and miscellaneous services. Money spent on water services will be recouped from Irish Water.

Members gathered in private for a lengthy workshop yesterday, and Chairpererson Cllr John Campbell believes that has paved the way for agreement today:

Protest in Carndonagh amid calls for block supplier boycott

8,632 people on the Live Register in Donegal