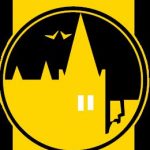 St. Eunan's captured the Donegal Senior Football Reserve Championship title with a 0-9 to 0-2 win over a Dungloe side that finished with just 11 men in the replay at MacCumhaill Park.

Aided by a spectacular long range point from Sean Hume, St. Eunan's were rarely in danger of throwing away their lead.

And Dungloe's cause was not helped by the sending off of four players in the closing stages.