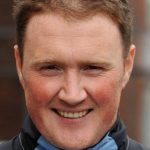 Michael McGeady from North West Golf Club has made it through to this weeks final qualifying stage on the European Tour, which takes place on the PGA Catalonia resort in Girona, Spain.

McGeady made it successfully through 2nd qualifying stage in Valencia.

But there was bad news however for Brendan McCarroll who missed out after the 2nd qualifying in Tarragona, Spain.

The final qualifying stage gets under way this Friday, and it lasts for six days until Wednesday 20th November.